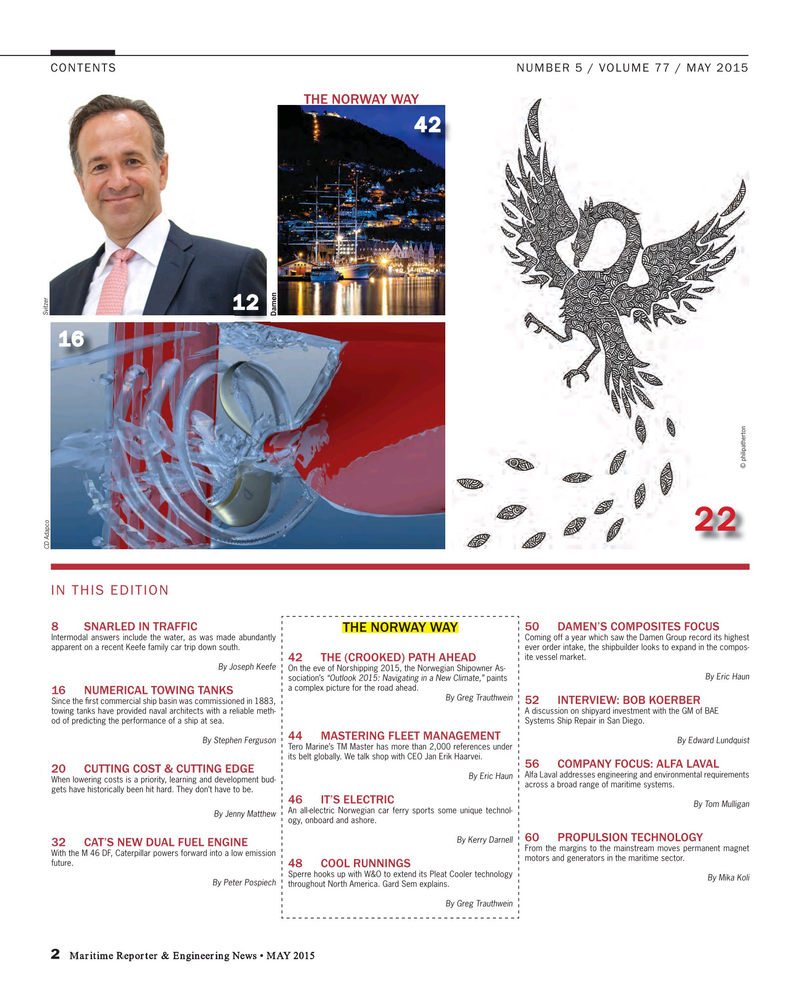 Intermodal answers include the water, as was made abundantly Coming off a year which saw the Damen Group record its highest apparent on a recent Keefe family car trip down south. ever order intake, the shipbuilder looks to expand in the compos- ite vessel market. 42 THE (CROOKED) PATH AHEAD

On the eve of Norshipping 2015, the Norwegian Shipowner As-

By Eric Haun sociation’s “Outlook 2015: Navigating in a New Climate,” paints a complex picture for the road ahead.

Since the ? rst commercial ship basin was commissioned in 1883, towing tanks have provided naval architects with a reliable meth- A discussion on shipyard investment with the GM of BAE od of predicting the performance of a ship at sea. Systems Ship Repair in San Diego.

By Stephen Ferguson By Edward Lundquist

Tero Marine’s TM Master has more than 2,000 references under its belt globally. We talk shop with CEO Jan Erik Haarvei.

When lowering costs is a priority, learning and development bud- across a broad range of maritime systems.

gets have historically been hit hard. They don’t have to be.

By Jenny Matthew ogy, onboard and ashore.

From the margins to the mainstream moves permanent magnet

With the M 46 DF, Caterpillar powers forward into a low emission motors and generators in the maritime sector.